Alumni names: When preparing class notes for Williams People, full names of alumni should be in bold whenever they are mentioned. (Don’t use all caps). Class years and any punctuation following a name should not appear in bold: Jennifer Sutton ’78; Jennifer Sutton, who went to Spain.

Spouses/partners: Here are some (fake) examples for formatting:

When both people are Williams alumni who graduated in the same year (in their class’s notes):
Brett Williams and Tamara Williams

When both people are Williams alumni who graduated in the same year (in another class’s notes):
Brett Williams ’00 and Tamara Williams ’00

When both people are Williams alumni from different year’s (in one of their class’s notes):
Brett Williams ’03 and Tamara Williams

Deceased partners or spouses: Widows/widowers are considered honorary members of the class. Like alumni, their full names should be in bold each time they are mentioned in class notes: Judy Smith, widow of John; John Smith, Judy’s longtime partner.

Children: When the child of an alumnus or alumna went to or is enrolled at Williams, the child’s first and last name should appear in bold, followed by their class year, in class notes: Monica Lin’s daughter Amy Bowers ’12 is considering law school; Matt Proud’s son Jake Proud ’23 belongs to Williams’ swim team. The names of children who have been accepted at Williams but are not yet enrolled should appear in plain text: Monica Lin is proud that daughter Amy was accepted to Williams.

Abbreviations: Jr., Sr., III, IV, etc., appear in bold (in class notes) and are not preceded by a comma John Smith Jr. See Jr./Sr. The abbreviations MD, Esq., Ph.D., etc. are preceded by a comma and are in plain text (in class notes): Kendra Corey, Ph.D.; Olivia Smith ’14, MD. Formal titles that precede a name, such as Dr., President, etc., are capitalized and in plain text.

Note: The bolds, italics, and underlines you place in your document might not survive the conversion from email. Always keep an original copy of your class notes. 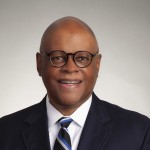