As I become older (do we feel suddenly older when milestone reunions approach … ahem, 25th), I’m deeply grateful for and aware that the privileges I had, including my Williams education, were the direct result of the efforts of generations of people who fought to make them accessible to me.

In 1798, the Adelphic Union, Williams’ literary/debating society, argued on “Whether Females Ought To Be Educated Equally With Males.” According to the College Archives, which prepared a timeline for its spring 2020 exhibition Women at Williams: The College’s Road to Coeducation (bit.ly/RoadToCoed), the issue was settled “in the negative.” Whether women should be educated at Williams was debated for the next 170 or so years, until the forward-looking faculty of 1969 voted unanimously to “include undergraduate women … in significant numbers at as early a time as is feasible.”

I recently saw a photograph of six of the seven women who graduated in the Class of 1971. They were stacked in a pyramid, quite literally supporting one another in celebration following their commencement. And I thought: “I lived with that many women in Lambert House senior year.” I tried imagining our time at Williams as if we were the only women on campus. I simply could not. 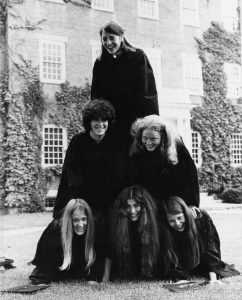 My tenure as president of the Society of Alumni comes to a close at the end of June. What I have loved unequivocally about serving in this role for the past two years is the people I’ve gotten to know—among them some of the smartest, bravest, funniest, most reflective and forthright women in my life. Last March, as part of the SoA’s bicentennial celebration, I took part in the panel discussion “Women in the Society” (bit.ly/SOAWomenPanel). Among the participants, Leile Jere ’91 urged us to reconsider our college experiences with new lenses, to embrace a lifelong learning where we “understand that we are in a sort of evolution about how we think of our space in the world.” Cat Vielma ’10 highlighted the importance of being critical, of pushing the institution to be better: “In order to love Williams, we need to see it fully.” And Kathy Sharpe ’79, whom I’ve come to admire for her candor, wisdom and persistence, among many other things, said, “We were admitted to Williams because we belonged, and we still belong. We have a stake in the institution. We need to own it!”

The conversation underscored what I respect and love about so many Williams women. As we strive toward our goal of an inclusive, global and relevant Society of Alumni, only honest reflection and intentional action will get us there. I hope we alumni can continue to make a positive impact on the Williams campus for all women—today and always. 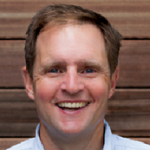 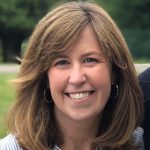