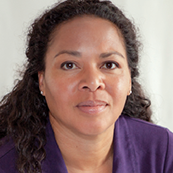 Two years ago next month, I sat on a stage at Chandler Gym as the reunion classes paraded in. Nervous and dry-mouthed, I watched Dennis O’Shea ‘77 perform his final duties as president of the Society of Alumni. And then, all too quickly, Brooks Foehl ’88, secretary of the society, read the names of executive committee and officer nominees for vote by the gathered alumni. We were formally elected, and it was time for me to stand up and start acting presidential.

At each reunion I’ve attended, I’m awed at the sight of the 50th reunion class massed together in the center of the gym. These are men who attended Williams before the major social and demographic changes that took place on our campus—when fraternities were closed, women were ushered in and a concerted and sustained effort was made to recruit students from beyond the communities that traditionally sent their children to Williams. The evidence of Williams’ innovative admission efforts is there in plain view as you gaze around the gym. In each successively younger class, you can see in the skin tones—and hear in the accents and languages spoken—that the youngest of us represent communities from all corners of the U.S. and world. It bends my mind to contemplate how all of our divergent paths led us to the uniform decision to choose this small college, tucked away in a hidden corner of rural Massachusetts.

We alumni who gather on campus every June form the legacy that began in the 1960s under President John E. Sawyer ’39 when he mustered Williams’ students, alumni, faculty, trustees and parents around a new vision for the college and its transformation into the internationally renowned institution it is today. There are two books I recommend to anyone interested in recent Williams history and 20th-century American history: The Rise and Fall of Fraternities at Williams College, by John W. Chandler, president emeritus, and Jews at Williams: Inclusion, Exclusion and Class at a New England Liberal Arts College, by Benjamin Aldes Wurgraft.

As I prepare to pass presidential duties to Jordan Hampton ’87, I have the honor of serving in one last role that will extend beyond my presidential term: as a member of the Committee on Campus Space and Institutional History, established by President Adam Falk and chaired by Karen Merrill, professor of American Culture. We are a committee of six students, four staff, four faculty and one alumnus (one faculty member is also an alumnus). We’ve met numerous times this spring, and our different perspectives have manifested in a deep and thoughtful engagement over the important questions of public space and inclusivity on campus.

It’s natural that we should be having this conversation at this moment, which comes not from out of the blue but is a logical expression and questioning of norms as we continue on the journey from assimilation to multiculturalism—a journey that started with the great Jack Sawyer.

It’s been a pleasure and privilege to have spoken with so many of you over the last few years. I have learned an enormous amount from all of you, and, as with all Williams engagements, I feel I have gained vastly more than I have given. 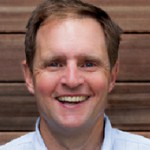 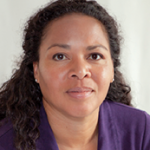