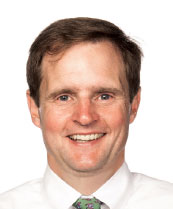 The email began like this: “I know that I’m not an ‘official’ Williams student, but I already consider myself a true Eph. I fell in love with Williams, applied early decision and got accepted. I am ecstatic about joining the Williams family! This is definitely the beginning of a new, much-anticipated life.” In the alumni relations office, we hear from all branches of the Williams family tree, so a message from an incoming student isn’t a huge surprise. But the next part of the letter was a first in my experience: “I’m in need of some help. I used to work at a very nice retirement community. Recently they laid off a group of people, and I made up part of that group. I figured now would be the perfect time to use the fabled Williams alumni network. I had that job for a number of reasons: spending money for my freshman year, to contribute to the financial aid package Williams gave me, to outfit my dorm room with everything I need and to buy some quality winter clothes. I hear the winters can be brutal!”

“An incoming student had been educated about the Williams network and was savvy enough to attempt to tap into it.”

An incoming student had been educated about the Williams network and was savvy enough to attempt to tap into it. How did this happen? As it turns out, it wasn’t by accident. This year the admission office created a pilot program connecting alumni of color with an equally diverse group of potential applicants. Shortly after the prospective students had visited campus, alumni reached out to follow up and offer their perspectives on the college from multiple viewpoints.

The alum who spoke with this young man clearly made an impact during that follow-up conversation. Whether organic in nature or deliberate, connections forged between students—even potential students—and alumni represent Williams at its best.

The student added: “I’m from Colombia, South America, but currently I am living in Greenville, S.C. I have moved quite frequently due to my father’s job, so I am fluent in a number of languages (Spanish, French, Creole, Portuguese). I’ve always been drawn to other people’s cultures and believe that the ability to communicate with other people in their own language is essential. I hope to forge a career in developmental economics farther down the line (UN, IMF, WBG, etc.). At this moment I would like to find a job that would let me rub shoulders with those who work in related fields. It would be great to work alongside a Williams alum!”

The Williams population in Greenville, S.C., is small but hearty, and we forwarded the student’s message to everyone in the area. Regardless of their ability to connect the student with employment, some alumni have reached out if only to share a welcome to the Williams family.

You’ve been introduced to one member of the Class of 2017, and, thanks to one of your fellow alums, he’s heard a lot about you. 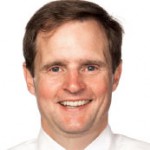 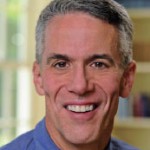